Book the school magic show London children and teachers ravabout. This theatre-style show redefines what a children's magic show can be. Teachers often say they were as captivated as the children.

This show of course has magic from start to finish, but what makes this show special for primary schools is that the magic is tied together with a narrative and songs especially composed for the act. Everything is linked with a stirring narrative and puppets to drive the story along.

The story is set an island where the children meet a friendly magician. On the island they also meet singing animals and fairy princesses who have been cast under a pirate spell. The children learn from the magician that they can break the spell of the pirates by not being afraid.

This is a popular school magic show London teachers love because the approach is to engage children's vibrant imaginations during the show. Not hyping them up and getting them to go crazy . Children's magicians are usually known for their silly jokes and screaming but it's not the only way. Does this magical approach work? Check out the delighted teacher testimonials below.

This performer is CRB certified and is a member of both The Magic Circle and Equity. 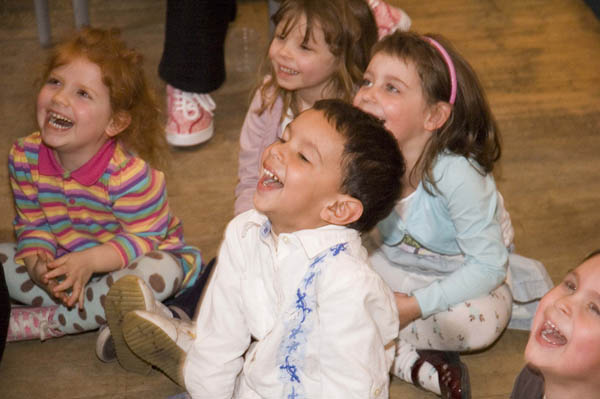 "I've worked in a school for 25 years and so have seen more than my share of entertainers. I've never seen children as transfixed as they were with this show. You didn't lose them for a minute!"
‍
- Mr. P. Pannell, Saw Christopher's magician show for 5 year old boys and girls
‍
‍
"Christopher captured the children's imaginations, taking them on an exciting journey into the realms of magic. He has a wonderful manner with the children, involving them in his activities to the extent that they were hanging onto his every word and action! We highly recommend Christopher's magic shows."
‍
- Mrs. D. Davies, Wetherby School, Notting Hill Gate, London (children's magician for ages 4-7)


"I was particularly impressed that although the afternoon was very lively and interactive it was also well controlled and organised. The children had great fun and were very keen to tell me how much they enjoyed themselves."
‍
- Mrs. E. Birkett-Evans, School Manager, Thomas's School, Kensington, London (children's entertainer for ages 4-6)

"The children at Paddington Green loved the show. It was a very special end to the term. The children were fully engaged and very excited to see all of the magic. They were talking about it for days after. I would highly recommend Christopher for any schools!"
‍
- E Prichard, Paddington Green School, booked The Magical Island for her school's magic show