Are you looking for a pirate party entertainer London children and parents love? Well there is just one thing that kids love as much as pirates: magic! So why not give your pirate themed party a pirate magic show? This pirate story magic show is a combo that can not be beat for children aged four to seven. It has received rave reviews from parents, teachers and children alike.

This children's party magic show is a theatrical treat. It is full of magic, puppetry and original music wrapped up in a story about a magician on an island full of pirates. The children at your party will be transported to the island where they meet the magician and animal puppets. The animals give clues about how to break the pirate spell. They might even be able to test their magical powers to break the spell of the pirates!

The children play an active part in this magic show adventure. They come up to help and often the magic happen right in their very own hands! 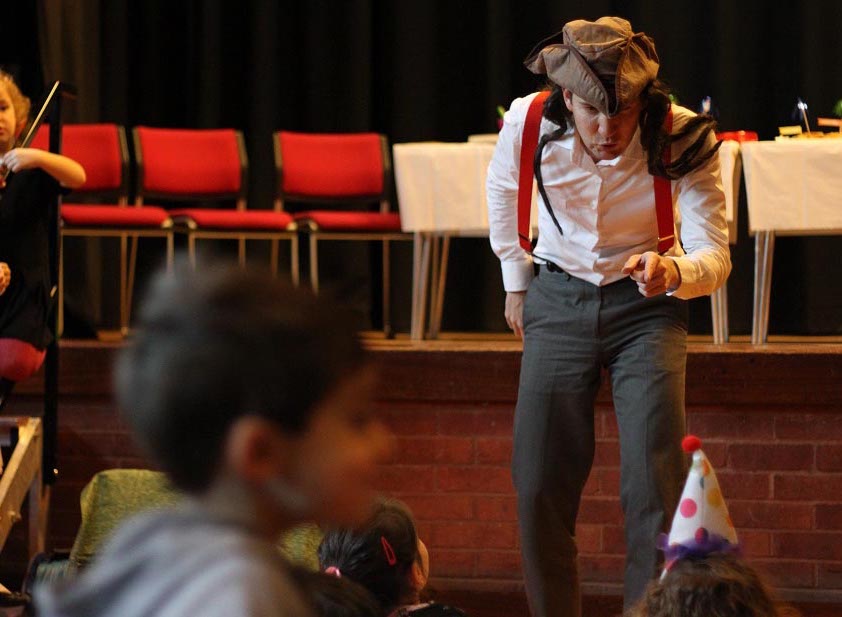 So book the pirate party entertainer London children, parents and teachers rave about. Check availability to see if this special show is available to give your imaginative little one something they will talk about for the rest of the year!