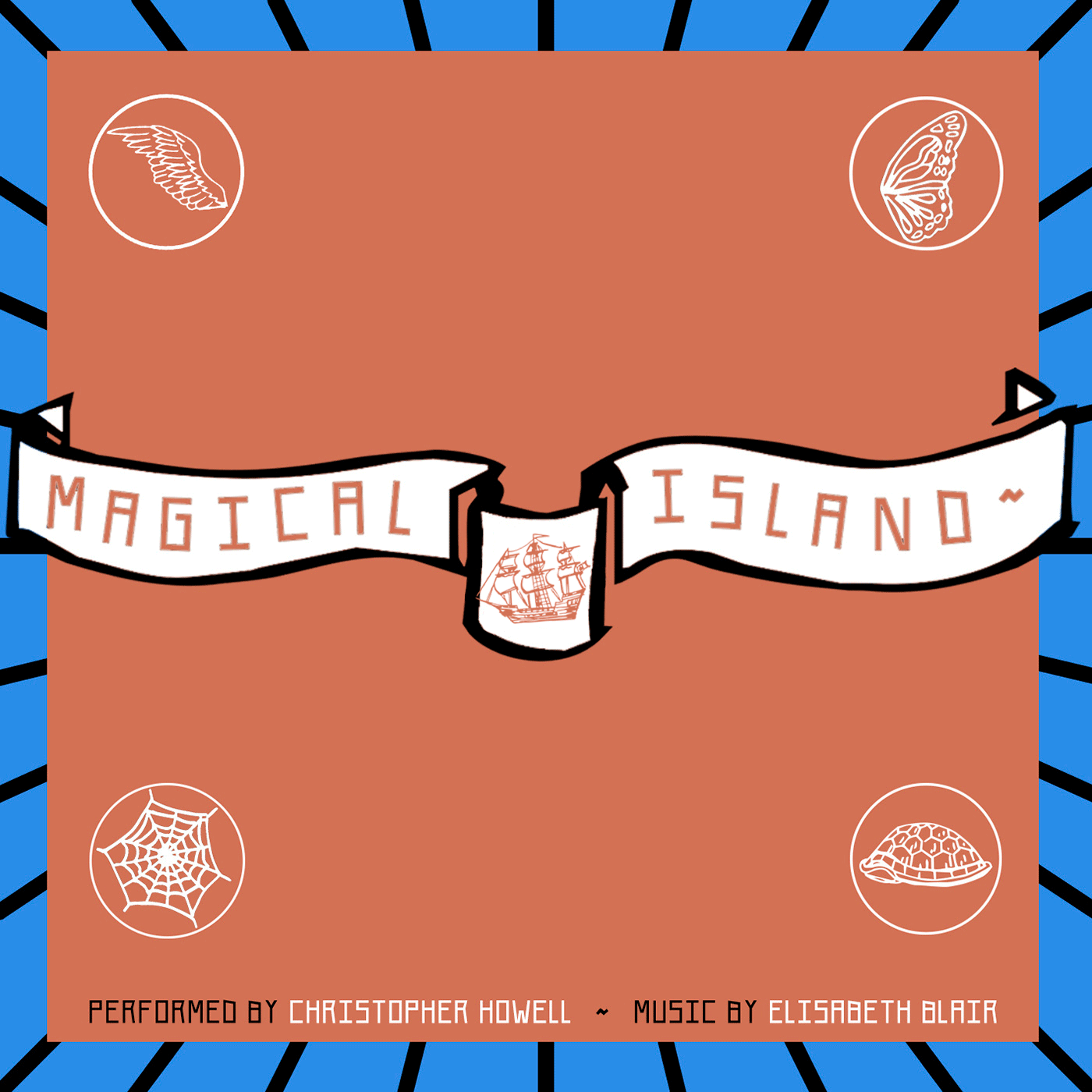 Sample it on Apple Music!

Narration and soundtrack, based on the live show

The children's audio CD of The Magical Island features the highlights from the live children's magician show in a studio-quality musical 'audio book'. It can be either a stand-alone piece of children’s audio literature or a souvenir for children to re-live the excitement of the show.

On the album, the exciting story of the adventure on the island is told complete with all the music from the live show. It features the songs for the turtle, bird, spider and pirate characters in the show with all music written and performed by singer and songwriter Elisabeth Blair.

The album, like the live magic show, follows the adventure of two children who find themselves on a magical island. There they meet a friendly cloaked magician who teaches them how to become magicians themselves. They also encounter singing animals that used to be children who have fallen under the spell of the pirates that live on the island. Our two little heros in the story magically conquer the pirates in the end by not being afraid of them and so they break the pirate spell that has been cast over the entire island. It's a perfect bedtime story for children and can be enjoyed on its own even if you've not seen the live show.

You can buy the album online via direct download. Go to Elisabeth Blair’s website where you can download the album for $8 USD (approximately £5 GBP). Hard copy CDs of the album are also available at live shows in the UK for £8 GBP per album.

Latest fan mail for the album

“Roisin knows the cd off by heart, having listened to it at least seven hundred times."
‍
- A. Nolan, 6 year old party

“Sammy listened to your CD after the party – pressing his ear to the speaker. ‘Christopher is a very good singer’ he said. He has listened to the CD many times since. Birthday parties are so quickly over and your recording is a great memento."
‍
- N. Luckhurst, 6 year old party

“Not only did we adore your show, but we loved the CD. It's really brilliant, I think the record was listened to on one long car journey about 15 times over!! Somehow the music was rather mesmerizing as well as the great story, and it's so original and fun. The kids competed to shout out 'pirates' etc. at the appropriate times. So many congrats on that. (Is it properly on sale yet? I'll certainly recommend it if so)."
‍
- N. Stacey (Mother in London)

“I played The Magical Island for Paul (4) and Naomi (2) last night. Paul's first comment was that the opening music sounds like rainbows. Then he kept saying, "I love this!" and told me he didn't want to take this one back ever (most of our cds are on loan from the library, so he assumed this one was too). Naomi was into it to. She got very quiet listening, which is a huge compliment because she normally talks through stories and movies."
‍
- Paul and Naomi’s Dad (Chicago, USA)

“Despite Sam's shyness he told me it was the best party ever, and he listened to your CD three times before he went to bed!"
‍
- Sara (Mother in Archway, London)

“We want to book your show. My daughter keeps listening to your CD which she got a year ago on another birthday party."
‍
- C. Kleingarn (Mother in London)