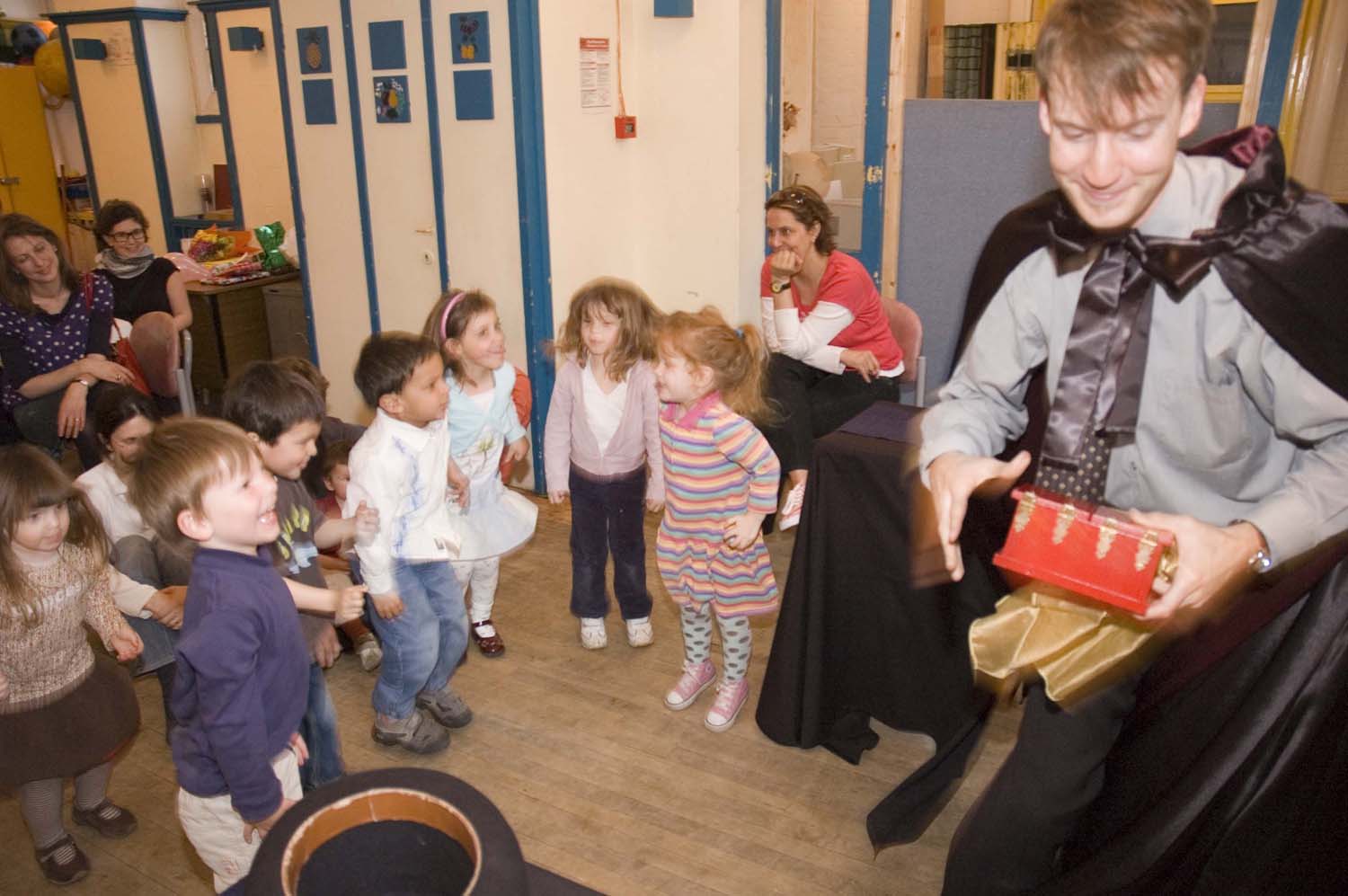 When you book this magic show for your children's party entertainment, there will be a bit of time left over to play some games. Sometimes parents let kids play freely amongst themselves but other times, these great children's party game ideas could come in useful for making some more fun for a few minutes after lunch or tea and before the children go home. Most of these ideas can be done for free or at very small expense. We hope you enjoy these party game ideas!

Have the children take turns tossing balls or bean bags into buckets or hula hoops hanging from trees.

All children sit in a circle passing around a stuffed toy as music plays. When the music stops, that child is the 'silly monkey' or whatever name you wish that fits with your party theme.

Musical chairs (5 and up)

For this children's party game, chairs are lined up back to back in a row and children walk around them until the music stops playing.Then they have to scramble to find a chair to sit on. There's always one less chair than children playing , so slowly kids are 'out' as the number of chairs decreases until you have a winner!

For this game, it's very simple, you blow bubbles over the children who have to try and pop as many as they can! Keep looking for winners during each round, until all the children have 'won'.

The classic! Hide goodies around the house or garden and let the children go wild to find the treasures.

For the crafty ones, have a stack of cone hats rolled out of heavy paper ready for when the children arrive. Glitter pens, stickers, markers, and pencils await as they decorate their magic hat which they take home as a prize at the end of the party.

Musical bumps or Musical Statues (ages 3 and up)

If you don't know this game yet, then it's probably your first children's party! Another classic - all the kids dance to the music, until the music stops and they have to not be the last to sit down (bumps) or turn into a 'statue' by not moving.

We hope you like these children's party games ideas and are sure you'll find something here to delight and dazzle during any spare minutes in your upcoming children's party after the main entertainment !