This is a theatrical children's magician London parents have raved about since his children's party show debut in 2006. The show is called The Magical Island. It is a musical magic show with storytelling, original songs, puppetry, and of course, lots of magic! It is perfect as children's party entertainment for ages four to seven and is a unique option on the menu of shows for kids parties London parents love.

London children's entertainers are often known for their rude jokes and making kids bounce off the walls of your home. Instead, The Magical Island show holds children spellbound by engaging their vibrant imaginations. This children's magic show is held by a captivating story about two children who find themselves on a magical island. There they meet a friendly cloaked magician and singing animal puppets who have been cast under the spell of the pirates who live there. The children's mission: to break the pirates' spell! 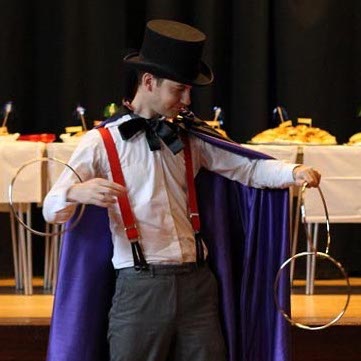 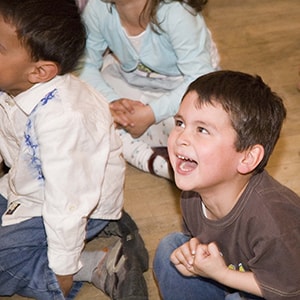 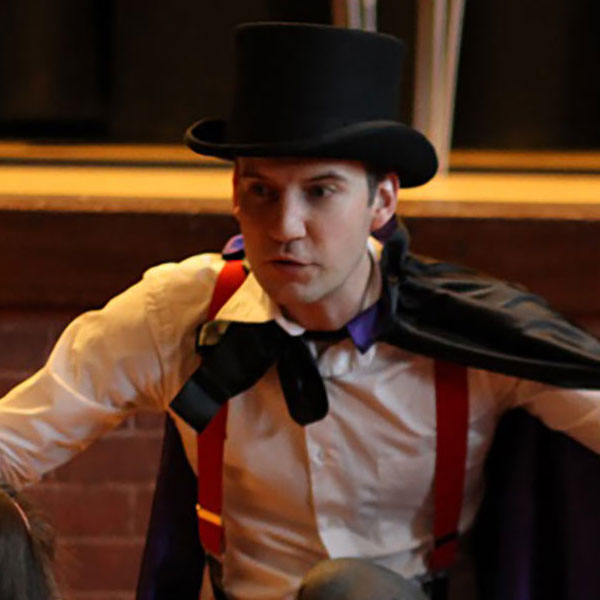 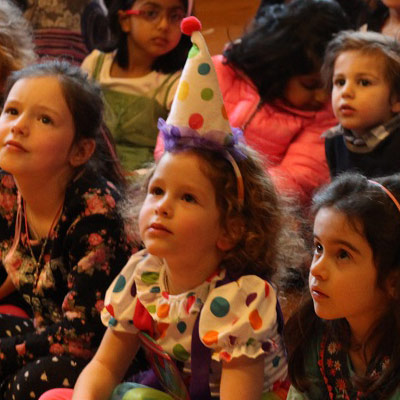 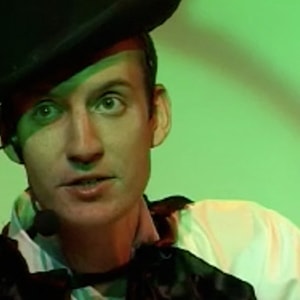 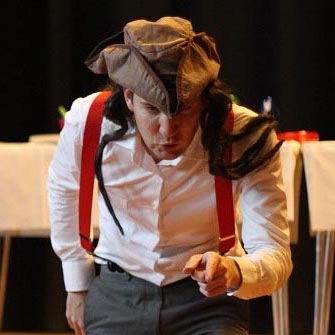 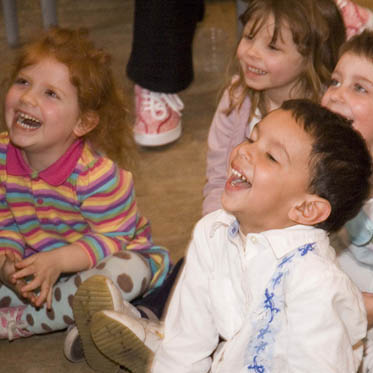 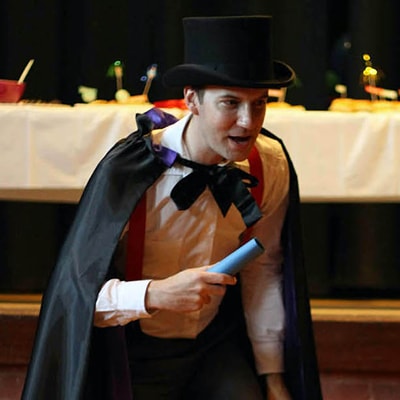 More about this Children’s Magic Show

This magic show is perfect for your home or party venue. It lasts about 50-minutes and is usually followed by lunch or tea. Sometimes parents also wish to do a quick game before the party finishes. Here are some easy children's party game ideas that you might like. 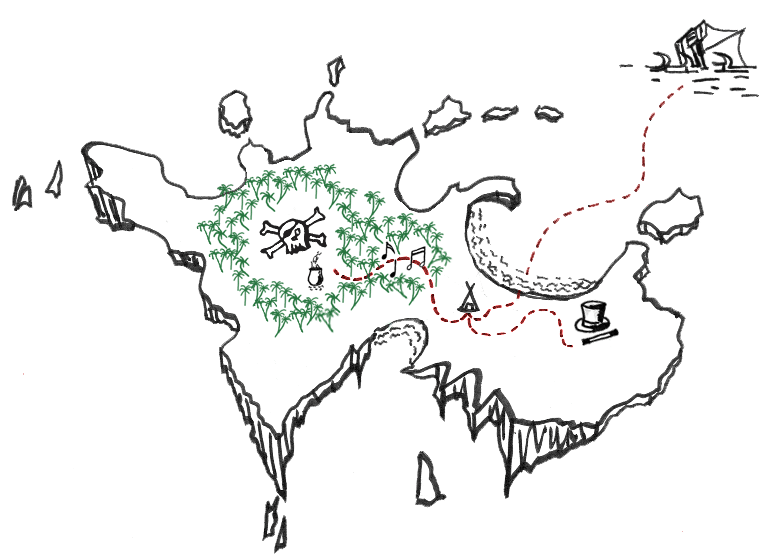 The music in this magic show has been especially composed for the act. It is a one-of-a-kind musical magic show and the songs grow out of the story as it moves along. A studio-quality mp3 'audio book' album of the show's narrative and songs is also available as a souvenir for each child. It is a memorable gift for party bags that your little guests will love listening to, long after the party's over. For more info, click London magician album. 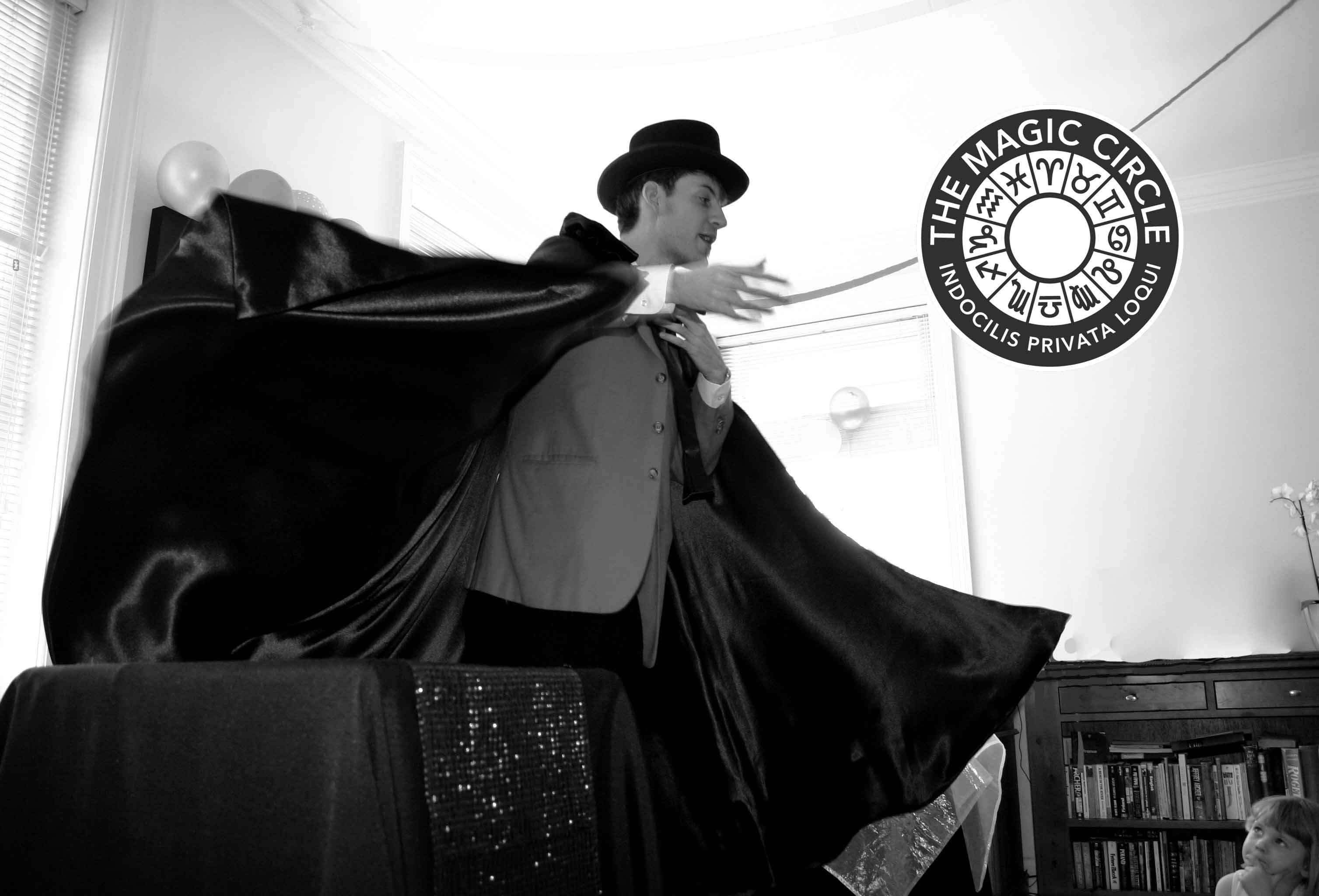 This enchanting children's magician entertainer is endorsed by Time Out’s London for Children. The show has also featured as a primary school magic show throughout London. You may have also seen it advertised in public shows at Tate Britain, The Museum of Childhood and Stratford Circus Theatre. But you don’t need a theatre to book the show, just a living room and some wide-eyed children who love magic!

The magician is a Member of the Magic Circle, a gifted storyteller and professionally trained singer. So if you want a quality children's magician, you have found it! But don't take our word for it. Keep reading to see what parents and teachers love about this children's party magic show in our children's magician London testimonials.
‍
Are you searching: Children's Magician Near Me?: This show provides kids party magician entertainment for Greater London. The act regularly delivers children's magic entertainment in Islington, Clapham, Hampstead, Kensington, Knightsbridge, St. John's Wood and Maida Vale.